by Fr Michael Tate - No Salvation Outside the Church?

This is a story of the day labourers of Jesus’ time. The ‘early birds’ contracted for the just wage of one denarius and did the hard work over the course of a long day. They were outraged when latecomers also received a denarius.

This little parable circulated in the Christian community of the first century because there was great antagonism between the Jews who became followers of Jesus and the non-Jews, the ‘Gentiles’. Jewish Christians looked at their long history of hardship preparing for the coming of the Messiah. And, now, here were these Gentiles who had done nothing by comparison, and God appeared to be granting them whatever it took to enjoy the ‘daily bread’ of the Kingdom of God.

Jewish Christians had to be shocked out of their idea that God’s grace could not be lavished on those outside the boundaries of the Chosen People.

We could pause to pray to be taken by happy surprise by those billions of people outside the Church who, by the grace of God, will share with us ‘the Bread of Life’, given for the salvation of all the world.

I write this newsletter in the aftermath of the excitement and humility of being re-appointed as the Deputy Principal of this inspiring learning community. Thank you to everyone who kept me in their prayers and thoughts as I went through the process of applying for and winning this position. Thank you also to those who have gone out of their way to congratulate me on my re-appointment. I look forward to continuing to work with you all and to watching your child flourish and graduate from St. Martin’s Catholic Primary School. ‘Putting children first’ was front of mind when the National Child Protection Week campaign was launched in 1990, with the aim of bringing abuse and neglect out of the shadows and putting child wellbeing on the national agenda. Last Friday saw all students participate in Disco sessions which is the first time in history that 100% were able to attend their sessions. Many thanks to the Parent Network for organising DJ Ash to provide great dance music for the occasion and to those parents who assisted with setting up / packing up the venue.

This Friday will see the Parent Network host our annual Father’s Day gift stall whereby all students are able to purchase something ranging in price from 50c to $12.00. Thanks to all parents who assisted with wrapping the wonderful gifts. The Annual Touch Football Carnival was held on Wednesday 2 September. St Martin’s entered three teams at the carnival. All teams were competitive and represented the school both on and off the field immaculately. Some constructive passing play, resulting in exciting scoring opportunities was a highlight on the day.

Well done St Martin’s. A huge thank you to the parent volunteers that made the day possible and enjoyable for our students. 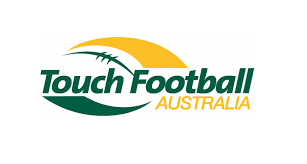 No packages – Nude Food every day at St Martin’s!  Do not forget to pack your child’s snack, recess and lunch without any wrappers.  Use reusable plastic containers or sandwich cloths to package food. Here we are already halfway through the third term.

We have a few fun things about to happen: Why not try our FREE after school sessions on Tuesdays.  All students from Years 3 - 6 are invited to attend 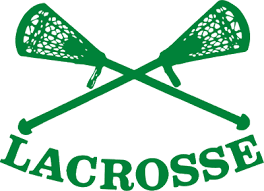 Feast of St Mary of the Cross MacKillop Day

Saint Mary of the Cross was born on 15 January 1842, Melbourne, Victoria, Australia and died on 8 August 1909, North Sydney, New South Wales, Australia.  She was canonized on 17 October 2010 and her feast day is on 8 August.  St Mary of the Cross MacKillop was a religious figure, educator, and social reformer who was the first Australian beatified by the Roman Catholic Church and the first Australian to be recognised as one of its saints. Next week is Catholic Schools Open Week across South Australia and the launch of Catholic Education South Australia's new tag line: Raising Hearts and Minds. This  slogan sums up in just four words what Catholic schools do and how we make a difference to the lives of young people.